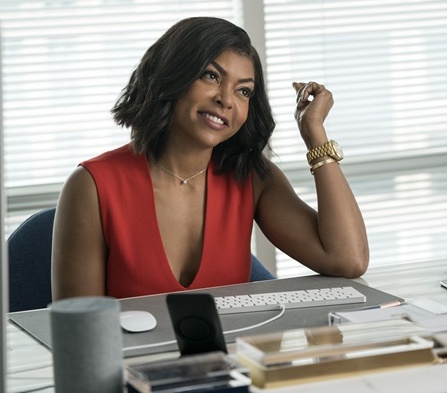 I was never a fan of the original Mel Gibson film What Women Want so going into this I didn’t have very high expectations. Those expectations were certainly met. What Men Want isn’t interesting or funny just like it’s predecessor.

When a woman (Henson) is pushed out of a job promotion she unexpectedly gains an advantage with the ability to hear men’s thoughts. I never hated this idea, even the original I thought the premise was quite clever and could be a lot of fun. Unfortunately for me both films managed to take this unique fun premise and somehow turn in some pretty dull and unfunny films. This film did not learn from the original’s mistakes and instead falls pretty flat very early on.

Taraji P. Henson is wasted in this role. She’s a talented Oscar nominated actress (The Curious Case of Benjamin Button) who honestly deserves much better comedic material than this mess. We all know that she has the chops to do comedy and this could have been a huge hit for her, but unfortunately it’s the terrible script that brings her down. The jokes crash hard and the story line is a dull mess. What bothers me the most about this movie and also about it’s original is that the thoughts the lead character can hear aren’t believable and are always the most over the top extreme version of what this person is probably actually thinking. It’s trying to hard for the punchline.

One of my biggest complaints about the original film was the running time. Both run at 2 hours long. This gimmick doesn’t work for that long. Once you start to hear all the un-funny thoughts, that lasts for about 15 minutes and then I’m over it. It’s quite possible that with better writing and more laughs that maybe this could have sustained this running time, but it fails miserably. For me it fails the exact same way the original did. Maybe these movies just are not my things, but I think audiences deserve much better than this.

My fear is that with the modest success of this film it may spawn more like What Dogs Want, What Cat’s Want… etc! The list of terrible ideas could go on! It would not surprise me to see more What Want movies in the future, and that scares me!