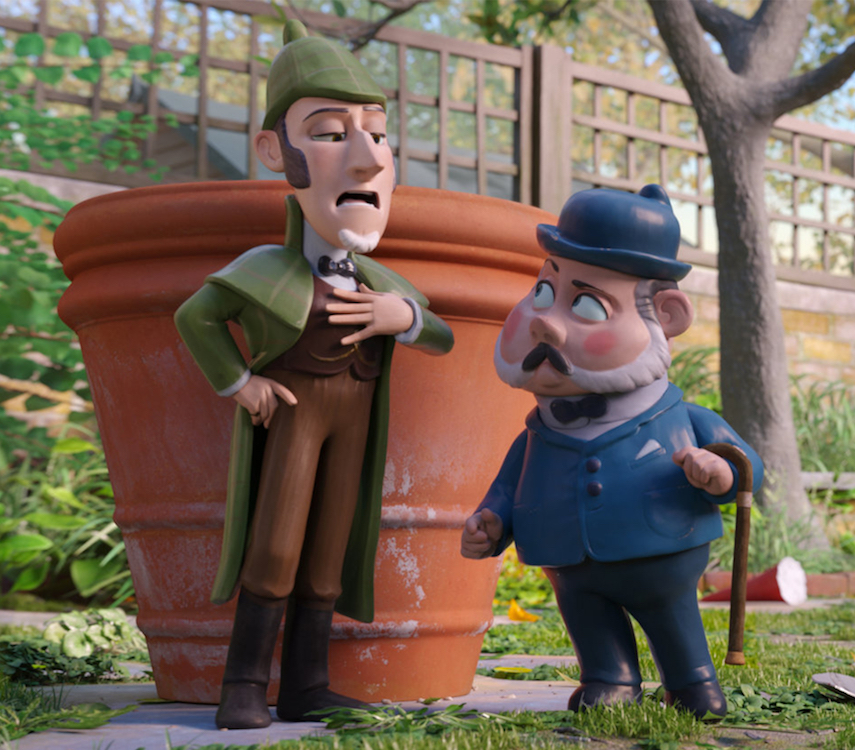 I was pleasantly surprised a few years ago when I first saw Gnomeo & Juliet, a little animated movie that came out of nowhere that I did not expect anything from. It was fun and entertaining, however it’s not on my radar when I think of great animated films. As enjoyable as the first film was I don’t really think it was loved enough by audiences to warrant a sequel.

When all the gnomes disappear from the garden, Gnomeo and Juliet hire famous detective Sherlock Gnomes to solve the case. It’s a pretty straight forward story for an animated film. There’s not really anything new or fresh and there’s also not a lot for the adults to enjoy. The kids will have fun, but unlike the original film this one is pretty stale on the humour and fun side of things. There’s a lot of incredible animated films out there so the bar has really been raised and when you look at the box office it’s clear that parents want to take their kids to animated films, but they want to at least be able to have fun themselves. Families deserve much better than this.

There are some interesting and fun little scenes, but nothing I’m going to even remember after this viewing. Also, I understand that Elton John is a producer on this, but having his music sprinkled throughout was a bit odd. I didn’t feel like the tracks suited the story. The first film did a much better job of this also. 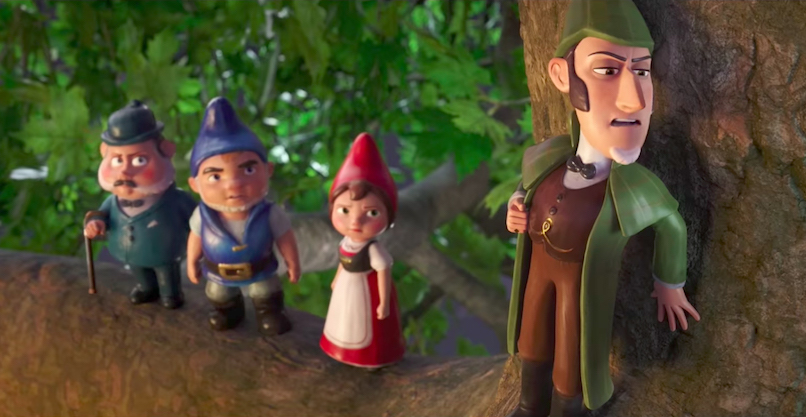 Sherlock Gnomes isn’t anything special. It’s a film to put on in the background if the kids need some entertaining for a short period of time. Otherwise there’s much better films to see. Rewatch the first one for more fun and originality. This is just ho-hum.