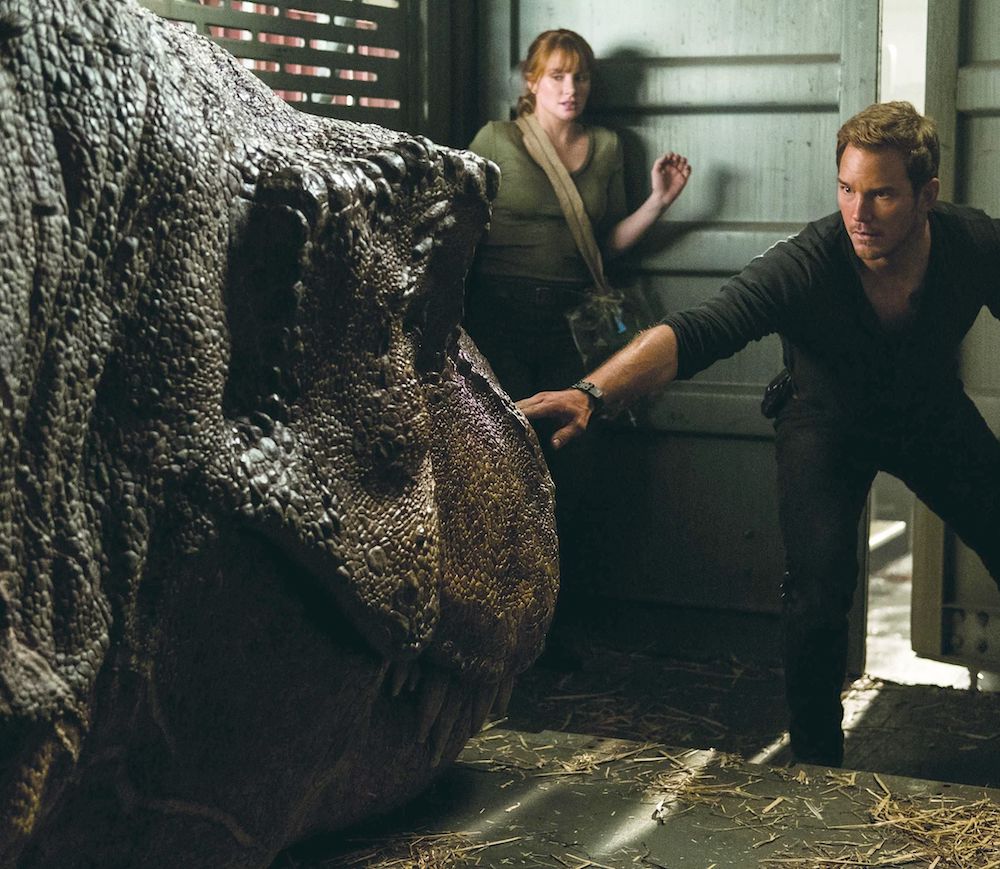 I am all for ignoring the faults in a Jurassic movie, but when there is no fun to be had it’s hard to not focus on the brutal script.

This time time Owen (Pratt) and Claire (Howard) are on a mission to save the park dinosaurs from a volcano threatening the island. That’s just the first half of the movie. The absurdity continues long after leaving the island and it doesn’t get any better from there. I don’t want to ruin the non-stop eye rolling that follows, but how the hell did this script get greenlit. I hated this storyline more than any of the previous films, even the weakest one of the bunch, Jurassic Park III had more appeal for me.

I’m a fan of director J.A. Bayona’s previous efforts The Orphanage, The Impossible and A Monster Calls so I was excited when I learned he was directing this next instalment. However I wouldn’t put the entire blame of this wreck on him, but instead the writers of this atrocity Derek Connolly and Colin Trevorrow (who directed the previous mediocre Jurassic World). There are way too many moments throughout that will have you scratching your head wondering how someone could have wrote this. A small example is a scene which had Chris Pratt’s character turning off the lights to hide from the new big threat, the Indoraptor. What is the logic in turning off the lights? Do you think dinosaurs can’t smell you (and this one in particular was created to do just that)? Aren’t you just inhibiting your vision while trying to escape? You can argue this with me til the cows come home, but that scene made no sense other then to try and create tension that isn’t working and it’s not because the lights are on. This is just one example in a movie that’s overflowing with ridiculous plot points that just don’t work and took me out of the movie.

Chris Pratt and Bryce Dallas Howard return to their previous roles and that might excite fans, but for me these characters are dreadfully boring compared to the originals. I don’t find any chemistry between these two or any like-ability. The previous film they were much better, but here they both seem tired and upstaged by their large prehistoric co-stars. Their performances are pretty one note and when I saw Bryce screaming in one scene all I could imagine was her in front of a green screen screaming at nothing and it certainly comes across that way. Also side note, I don’t care about her shoes… why show us two close up shots of what she’s wearing? To remind us of the problems the previous movie had? I found that extremely annoying. The supporting cast is boring as hell. So boring in fact that one of the cast members disappears for so long that I completely forgot about them until they popped up near the end, I guess this is supposed to be the comic relief of the film. And like in all Jurassic movies there has to be a child dropped into the frightful situation and this time its an unnecessary little girl that is only there to further an already dull plot. I guess we really can’t have these movies without a dinosaurs chasing a kid I mean how would the kids in the audience relate to the terror, right. 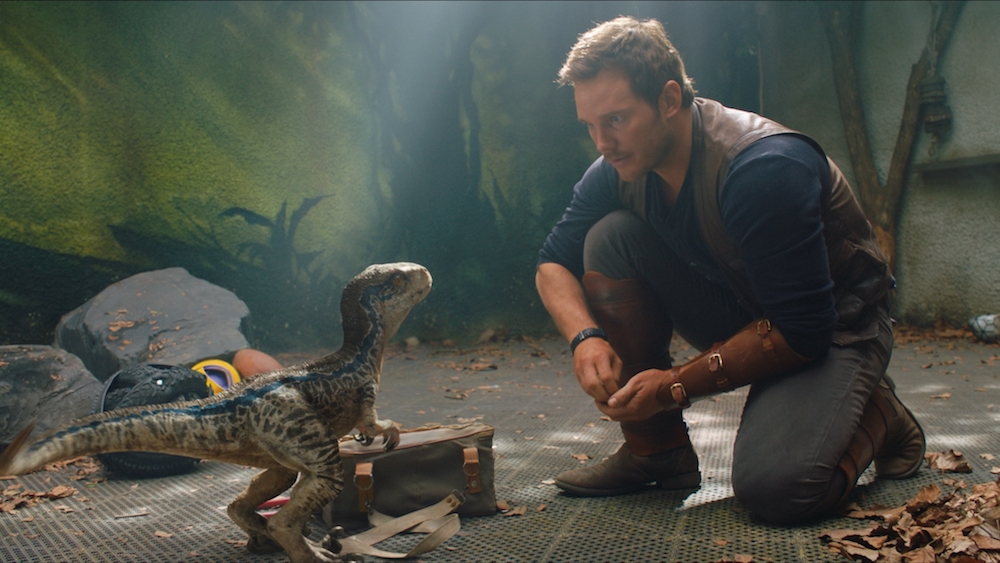 Logic gets completely thrown out the window, and I realize this is a movie about dinosaurs, but at least when I watched the original and even the sequels that followed I felt terrified at the idea of this happening. Somehow these intense and terrifying creatures have now turned into laughable charactures of themselves. Remember when the T-Rex was scary and seeing it chasing the jeep had you on the edge of your seat. Well now that has become a joke when you see a character jump on top of a sleeping T-Rex. It’s like someone going for a ride on Jaws! Fear is now replaced with confusion and laughter. I don’t come to these movies to laugh… do your job and scare and thrill me!

Everything you loved about the original Jurassic Park has been stripped away and turned into a ludicrous, tired and uninspired film with zero fun. At times I felt as if I was watching a straight to video knockoff, the ones that show up on store shelves around the same time a big franchise movie hits theatres. I’m not so sure this one is very far off from those. It’s very disappointing for such a beloved imperfect franchise. There hasn’t been a great Jurassic movie since the original, but at least the previous ones still have thrills and fun. This time all that is left is a husk of a movie where there once was fun and suspense. Unfortunately we’re never going to get that experience back of what it was like to see the original Jurassic Park for the first time. 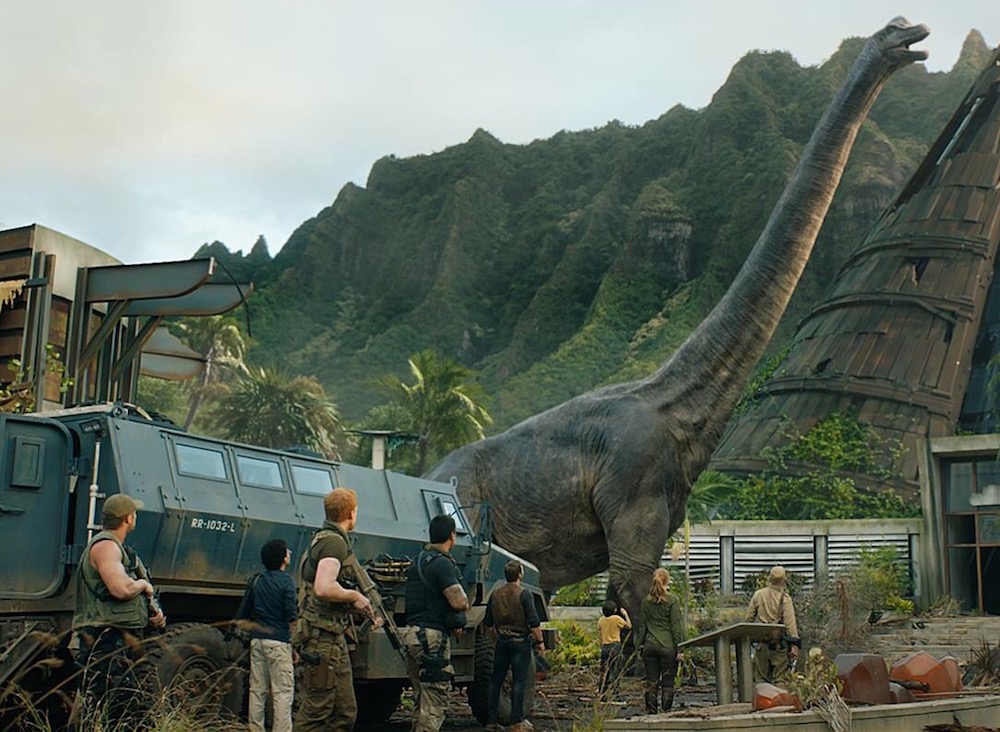 I went into this with very low expectations, but I still expected to be entertained and have some fun watching the dinosaurs which let’s be honest is the only reason any one lines up for these movies. Audiences and the die hard Jurassic fans deserve better than this! Instead of rushing these movies into production and into theatres why not really craft a decent storyline. I’m dreading having to sit through another one of these, but I will because oddly there’s something about them that does make me crave more no matter how terrible they are.