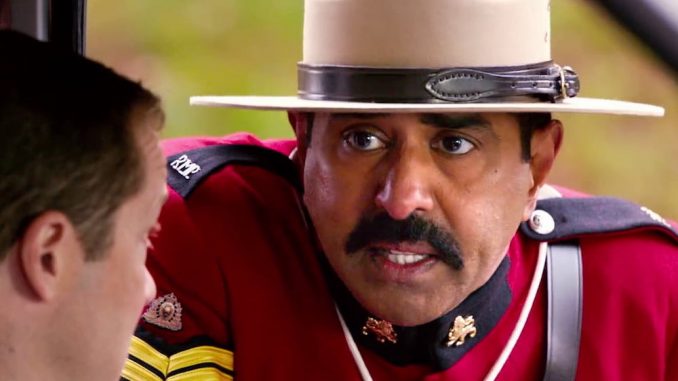 It’s a good thing Canadians can laugh at themselves and not be offended by the stereotypical jokes being thrown around on screen. What we can and should be offended by is at how bad and unfunny the overall movie is. However, the Canadian humour in it I can sit back and smile about. That’s the one saving grace I have with this so called comedy. Make fun of us all you want, we like the attention.

The Broken Lizard group is back on the big screen and this time the Super Troopers are given the task of establishing their Highway Patrol in a disputed area between U.S. and Canada. Kudos to that story idea which is actually kind of fun and clever. It’s a shame that such a good idea is filled with unfunny typical jokes. I’ve never been a fan of Broken Lizard and their juvenile comedy. Anyone can make jokes like these and have people laugh, but will they laugh when they’re not high. I thought maybe with the Canadian subject and the years that have passed that their writing and jokes might be stronger. It’s not… nothing has changed in the years since their last unfunny flick came out. I guess if it’s not broke in some people’s eyes why fix it. 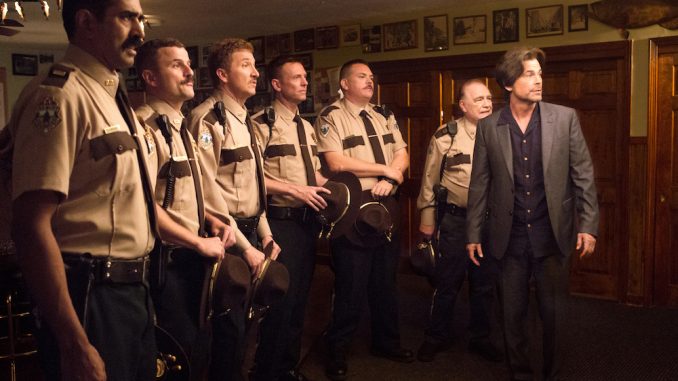 There is an audience for these movies and that’s great… go and enjoy this and have a great time. Who am I to say stay away from this mess, if this is your thing enjoy. If you’re a fan you’ll have a great time. For me this is 100 minutes I would rather do something else with. Even writing this is wasting more of my time on it. I’m just going to end this review now and not spend anymore time thinking about this one.