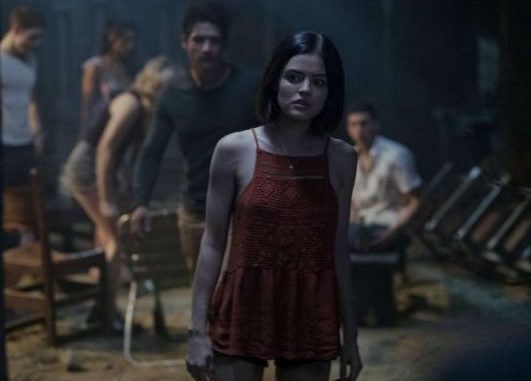 A game of truth or dare turns deadly (and hilarious) when something begins to take over those who tell a lie or refuse the dare. Truth or Dare might be one of the funniest movies of the year, unintentionally of course… or maybe not. I actually heard more people laughing during this movie than in the first 20 minutes of Blockers last week.

Let’s just call this what it is, stupid teen horror fun that has a ridiculous premise and wants to be the next franchise horror to come out every year. I give the movie bonus points on the premise, who doesn’t enjoy a game of truth or dare. Don’t get me wrong this movie is stupid and there is absolutely no scares here. This isn’t going to have you on the edge of your seat. It’s actually an odd experience because the characters are so scared and worried for their lives, but the audience is sitting back and laughing at it so yeah there’s a bit of a disconnect. Also this movie took 4 writers? Shocking.

One real positive is the ending kind of won me over… for a second, well not so much won me over as I made have rated this a 2 until that ending.

Truth or Dare may have been able to escape some laughs if it wasn’t PG-13. Why make a horror movie you can take the whole family to. It doesn’t make sense. Not that the movie needs to be gory or even rated R, but the sense of terror and scares that should come with a horror movie are completely non existent here. Not to mention this premise completely lends itself to being gory, there’s so many things you could do with playing a game of truth or dare that they played it way to safe here just so they could fill more seats with teens. Also, why the stretched faces? Is that supposed to be scary? The faces just made people laugh more and take you right out of it. 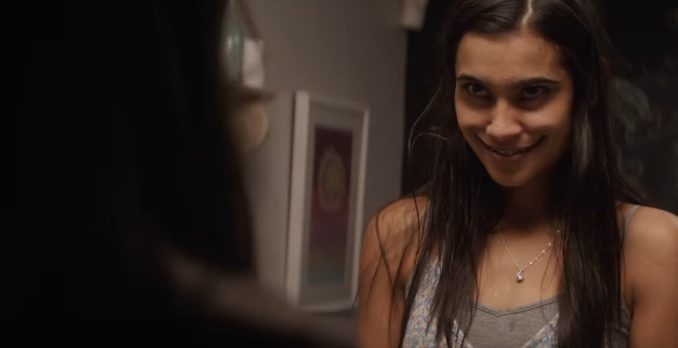 This isn’t something you need to run out and see right away or ever, but if your looking for something stupid to watch and make fun of then you may have a good time. For real terror on screen and something to make you feel stressed and intense just go see A Quiet Place instead or hell even watch Madonna: Truth or Dare instead.

Remember the days when movies had actual budgets and didn’t have to use a Snapchat filter as the monster? No joke, I could’ve made this with a drone and a cell phone! Truth or Dare was probably pitched as “It Follows meets Final Destination meets Ouija 2“. In case you haven’t seen any of those movies, the plot for Truth or Dare is this: A bunch of college kids go to Mexico for spring break, play ‘Truth or Dare: Demon Edition’ with a stranger and then are hunted down by a curse/demon forcing them to play the game with deadly consequences! That’s all I care to divulge about the plot because honestly… that’s pretty much it. 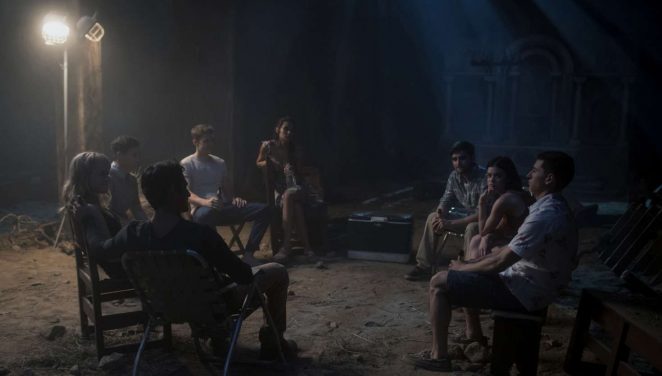 My biggest gripe is that the logic of the game makes absolutely no sense. I know it’s pointless to expect anything to make sense in a movie that sucks but the writers (all FOUR of them!!) could have at least tried. The people who are possessed by the “game” ask one of the players to pick truth or dare, which they have to choose or risk dying. When truth is chosen, hurtful secrets are revealed blah blah blah. HOWEVER… there is a scene where the dean of the school asks one of them if he sells fake prescriptions on campus (when she’s possessed) and he lies and says he doesn’t. She then acts confused like she doesn’t understand what he’s talking about, ergo she didn’t even know what was going on because she was possessed. So basically it wouldn’t even matter if he DID tell the truth because she wouldn’t have heard him anyway!!

I do have to give TOD kudos for being fairly inoffensive. There are no jokes made at the expense of the gay character, no homophobic jokes at all for that matter, and the misogyny is kept to a minimum with only 2 references of sexual assault to further the plot (one was ONLY attempted sexual assault). You think this wouldn’t be an issue in 2018 but you’d be surprised at how many characters are written to be complete pieces of garbage in order to be so unlikeable that you want them killed off.

I think the movie realizes what it is and tries to lean into the “so bad it’s good” territory but unfortunately not far enough. This is probably due to the fact that there were FOUR writers and the script didn’t connect completely. I was laughing quite a bit at how outrageous the situations were becoming but because the movie is marketed at teens you don’t get much payoff when everything happens off camera. 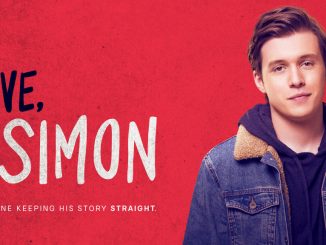