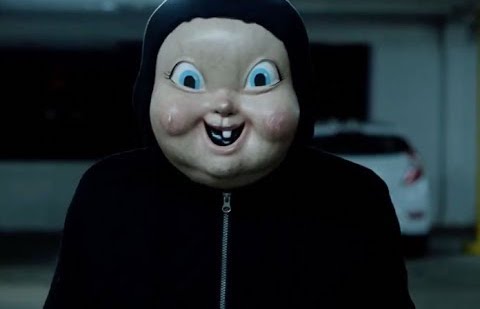 Well we’ve certainly seen this before, that’s pretty obvious. Although there is something about this premise that even though it’s not original it kind of works well at keeping me entertained. Groundhog Day started it all, then The Edge of Tomorrow both great movies and now this one. It’s not great at all, but it does work and has some fun moments.

A young college student (Jessica Rothe) relives her terrifying day over and over again until she can find out who her killer is and stop them. This premise works perfectly in the horror genre. I love the idea and the clever spin on it. However there were moments where I think it took too much from Groundhog Day, but it does make up for the blatant rip off which was great. I think there was even more that they could have done with this by pushing it further. It’s a pretty safe and light family friendly horror flick. 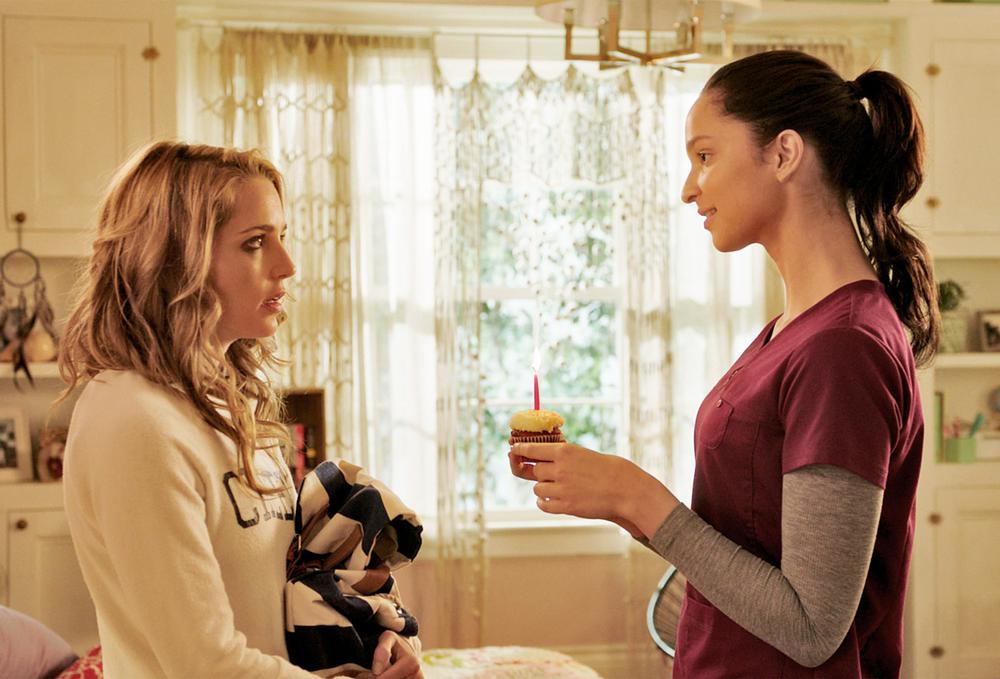 That is my biggest criticism with Happy Death Day is that it’s not edgier and it’s not scarier. It’s a PG-13 movie that definitely feels like a light-hearted kids horror movie. I get that is the best way to get people in the seats for a big opening weekend at the box office, but as for entertainment it’s pure fluff that’s not going to be remembered like it’s classic predecessor. If that’s what you’re wanting is a strictly stupid fluffy cheesy horror movie then this is one of the better ones for sure. Teen girls are going to eat this movie up and that’s exactly who this movie was made for. Maybe this will be this generation’s Scream, if so that’s kinda sad because they deserve something a bit more hardcore than this. I’m also not saying this movie needed more gore, but maybe it needed to be a little more intense. I wanted to be on the edge of my seat more, thrill me more! You have this great recycled idea that works perfect, don’t waste it!

I appreciated the fun and thrills in Happy Death Day, but it’s just average entertainment overall.

Heeeeey it’s your birthday! Now you gotta pick up the phone! Get ready to have this JAMMED into your brain for the rest of your life if you decide to watch Happy Death Day. Let’s start with the title. It’s stupid. Let’s move on to the plot. It’s stupid.  Whoever wrote this movie just watched Groundhog Day, ripped off the idea, then watched the brilliant 2001 slasher Valentine starring David Boreanaz & ripped off the killer’s look. There’s nothing original about this movie and it’s rated G or whatever so it’s not even scary.

This is a rare film where the second half is better than the first. For the first 45 minutes where she’s reliving the same morning over and over AND OVER AGAIN I felt like I was going to die from boredom. It was honestly excruciating. When our main character tries to figure out how to end the loop, the movie picks up a bit of steam but it’s too little too late for me. I’m fine that they don’t really explain why this time loop exists but who the killer is and their motivation is so lame it’s a huge let down.

My absolute favourite part of the movie was not anything to do with the movie itself but something Brent said while we were watching it. There’s a “heartfelt” moment between the main character and her father where Brent pointed out that he looked like Melissa McCarthy impersonating Sean Spicer. I was laughing so hard that I started to cry and I’m sure the kid next to me thought I was actually choked up.

Unfortunately it really sticks in my craw when horror comedies are neither funny nor scary so I’m going H.A.M. on this one.