2016 was a decent year for horror movies, especially low budget & Netflix releases. Here’s my list for the Best & Worst of the year, Honourable Mentions, movies that people loved but I Didn’t Get It and releases for 2017 that I’m excited about. 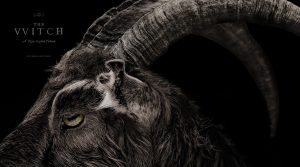 I think this technically came out in 2015… so what, who cares? This movie is absolutely incredible. I’m a sucker for period pieces so I had high hopes for the film, but I was blown away by it on so many levels. The attention to detail in everything from the dialogue to set design to clothing is impeccable and really transports you back in time. There are many genuinely tense moments and disturbing imagery that stuck with me for days. Plus, Black Phillip the goat is adorable AND badass. This is the origin story of a folklore tale put to film. 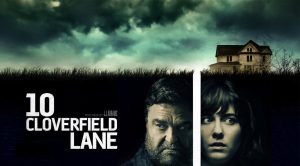 I wish more than anything they had kept the original working title of ‘The Cellar’ instead of including the Cloverfield *wink wink nudge nudge* element. Before the somewhat surprising & batshit ending, this film is a taught thriller that works on every level thanks to incredible performances by John Goodman & Mary Elizabeth Winstead. Never once was I cursing at the screen as the heroine was making poor decisions because she was actually a three dimensional, motivated character with a brain. How refreshing! 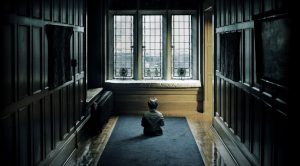 I’ve already reviewed this on Roobtube so I’ll keep it short. This isn’t very original, or superbly written and it doesn’t make a whole lot of sense… but for some reason I just loved it. This isn’t your typical haunted house/possessed doll story because it’s, dare I say, more rooted in reality. The is a great Sunday hangover movie. 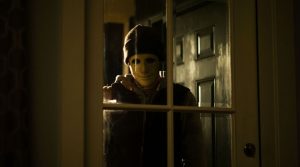 Not a perfect film but enjoyable all the same. This is from Mike Flanagan (co-written with his wife Kate Siegel who stars in the film) the writer/director of Oculus and Ouija: Origins of Evil. This is a home invasion flick where the main character is deaf and mute so silence plays a huge part in creating tension. The intruder wears a creepy mask which he removes pretty early on and never puts back on. We see his face and know who he is yet he’s given no backstory at all, no motivation for what he’s doing and I appreciated that. Some people do horrible things just because. 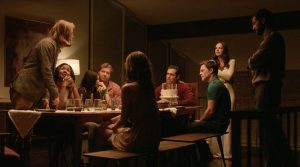 Directed by Karyn Kusama (also directed Jennifer’s Body, maybe that deserves a re-watch?), this is a nice slow-burn, artsy thriller with an ending that hits you like a ton of bricks. Grief affects everyone in different ways and for some it ends up being more destructive than others. I spent the whole time wondering what the hell was going on, both in terms of the story and the character’s pasts. There’s just enough to give you the impression something really horrible happened to this group of friends and this reunion dinner party they’ve been invited to will not end well.

Decent little zombie film from South Korea, this is almost entirely set on a train. It’s Snowpiercer meets 28 Days Later with some melodrama thrown in. Worth checking out.

James Wan is a great horror director so I will give anything he does a pass. Plus the idea of both the ghost and the family being too stubborn to leave the haunted house is hilarious to me. Check out our joint review on the site.

Decent little horror movie but fairly middle of the road. Not too scary but not too stupid either, great direction and camerawork really help this along. Check out our joint review on the site. 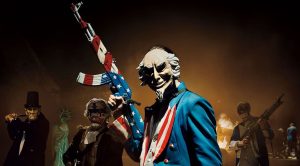 This movie sucks. This movie SUUUUUUCKS. This series had such potential but squandered it away in order to shove some half baked message down our throats that apparently no one was listening to because those hillbilly dumbasses south of the border still elected Trump to office. I’ve soured a bit on this film since my original review so go check that out for a more in-depth look. 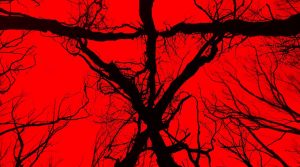 It KILLS ME to include this on my worst of 2016 list. I love the original Blair Witch Project & I love the writer/director team who made this one. When I saw this in the theatre I didn’t think it was too bad but upon re-watching it, this is nearly unwatchable. Maybe I’m getting old but I found this to be way too loud, the editing was way too fast and for the first time I actually felt a bit sick from the handheld camera. I don’t know what the hell happened here.

I DIDN’T GET IT

Another “uh oh, we’re trapped in a house with some old dude who is looney tunes” movie. Originally I quite liked this but upon reflection, although I haven’t seen it a second time, I don’t think it holds up for me. One of the high points is the clever sound design, its use of silence in particular, which gives it a tense atmosphere. The story is nothing new but I quite like the idea that none of the characters are either good or bad, they all fall somewhere in between. But this movie takes place in Detroit yet all the characters are white…okay. And then you have the scene with the turkey baster which is like… what the fuck, seriously? That unnecessary plot point could’ve been left out entirely and the movie would’ve been better for it.

I had high hopes for this one but ultimately felt let down. It’s not terrible by any means but doesn’t live up to the short film of the same name or even its poop-my-pants trailer. This is one of those “monster as an allegory” type movies similar in nature to The Babadook with a much more cold-hearted ending. The acting was decent and I found the character relationships to be believable with a little more character development than usual. A very good effort from this first-time director so I’m hopeful that his next films will be better.

Curse of Chucky was a decent return to the series and Don Mancini is back again for another entry. Child’s Play is one of my favourite horror franchises (apart from Seed of Chucky) and I’m glad it’s been resurrected.

Possibly another sequel in the Cloverfield universe, I don’t know much about this movie but if it’s anything like 10 Cloverfield Lane, I’m excited.

The Girl With All The Gifts

I think this was released in the UK in 2016 but will get a wide release this year. It looks like a zombie movie with brains (ha…ha…), directed by a guy who worked on Peaky Blinders & Sherlock.