Anna Kendrick plays the ex-made of honour at her best friend’s wedding after she is dumped by the brides’ brother. She ends up being seated next to the pity invite group. A group of dull unfunny characters you’re never going to care about or remember by the end of this.

I really like Anna Kendrick, but I miss the Up In The Air Anna. I’m tired of these lame straight to DVD comedies that she seems to be doing non stop. She’s better than this! The rest of the cast, well this is about right. I like the cast, but they are completely wasted. Lisa Kudrow and Craig Robinson have absolutely no comedic chemistry and act so bored with the material they’re given. The one glimmer is June Squibb, she steals the show in anything she’s in. Her character could have used a better storyline and funnier lines, hell this movie could have been rewritten for her and been about her with maybe an About Schmidt style to it with more intelligent comedic writing, but i digress.

This feels like it should have just been a straight to VOD or Netflix movie. This isn’t a movie you need pay to see in theatres. Although it’s not awful or the worst comedy I’ve seen. It’s a movie that if there’s absolutely nothing else you want to watch on a Sunday afternoon then this will probably work to waste your time.

Table 19 is a messy and poorly written comedy that had a promising premise, but wasted it. Instead the unfunny slapstick comedy falls on it’s face literally. If you find people falling for no reason then this might be your cup of tea. The story isn’t strong at all with unnecessary plot lines that just miss the point. At times I thought this was going to veer off into a dark place. It didn’t, but maybe it should have. There are wasted characters and wasted opportunities seated at this forgettable wedding. Table 19 is the movie you’re not going to enjoy being seated at. 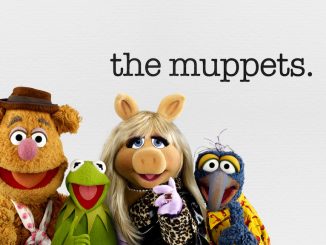