Jackie is an extremely intimate look at one of the most iconic first ladies Jacqueline Kennedy Onasis. Following the assassination of her husband, President John F. Kennedy, she’s left to wrestle with the grief and trauma while consoling her children and fighting for her husband’s legacy. The film mainly focuses on the moments just before his assassination and the days shortly after. I loved that this wasn’t a full biopic of her life and instead only about one of the biggest moments. It allows the audience to see a deeply personal side we’ve never seen before in other films based on JFK’s assassination.

Natalie Portman is extraordinary! She perfectly encompasses the first lady that everyone remembers while also bringing us the wife and mother we never saw behind closed doors. I can’t imagine anyone else in this role. There are numerous recognizable moments throughout the film where it’s shocking at how much Portman becomes her. It’s one of the best performances of the year by far.

Jackie is superbly directed by Pablo Larraín. He’s recreated this period of time brilliantly.  The cinematography, the editing and the amazingly haunting score add to a perfectly told story. Jackie is a unique and facinating film and it’s one of the best of the year. 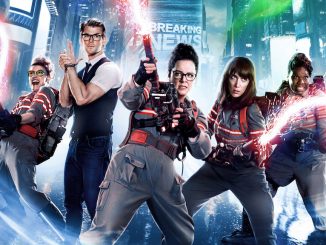