We all remember the short film Lights Out that came out a few years ago. Seeing something appear in the dark when you turn the lights off is literally one of my worst nightmares (that list is very long). It’s something that happens to me every night. I was really excited when I heard the short was being turned into a feature film and I actually couldn’t watch the trailer with sound the first time around because it was too freaky. Unfortunately, the movie didn’t live up to my expectations.

This movie isn’t bad but it’s not great either. Since The Babadook came out, we’ve been seeing more and more horror films where the antagonist is a metaphor for some kind of deeper, usually societal, issue. The Babadook did this brilliantly whereas most other films fail. The idea that a character in this movie has psychological problems to the degree that they manifest themselves physically could be an interesting one. But then they go ahead and give that thing a backstory. Does everything need a damn backstory? Why aren’t we allowed to use our imaginations? This would’ve worked better if they had kept the psychological element in the dark (ha ha…).

I did appreciate how they introduced real world elements into the story and that characters you would normally expect to get picked off end up staying the course. Someone actually calls the cops when things pop off, something you would probably do in real life yet rarely happens in the film world. Also, the film is like 80 minutes and shorter movies will always get bonus points from me. I’m glad the director of the short got to make this into a real film and now he’s directing the Annabelle sequel which is slated for release next year.

What was a terrifying short film sadly becomes an absurd and predictable feature. The premise is simple and terrifying – turn off the light and someone or some thing appears, turn it back on and they disappear. In those minutes, the short film managed to scare the audience without having to be dragged through a ridiculous and boring backstory like we have here.

Developing a stronger story may have helped save this and given the actors something better to work with. The performances are not great, but it’s really the weak material that’s to blame.

The ending was predictable. It could have resonated more if the characters were better developed, but instead it’s flat and really teeters on the edge of offensive. I don’t feel like Maria Bello’s character is in this enough to even care about her and because of that loses all of its shock value.

I’m really tired of these kinds of horror movies. They rely too much on the same formulaic storytelling that I just can’t be bothered to pay attention to anymore. They keep trying to make them new and fresh, but in the end all the same elements and scares are being used. A lot of this is similar to Ouija (both original and sequel) and it’s not just that it all takes place in the exact same house (Universal is reusing this set way too much). The horror genre needs some fixing. I want something to scare the hell out of me yet be original and new. Hollywood keeps making the same horror movies over and over and releasing them as PG-13 just to open big at the box office in it’s first weekend. All creativity is sucked out of these dull lifeless scares.

Don’t bother with this one and just watch the short film, there’s more thrills in that short amount of time then in all 81 minutes of this. 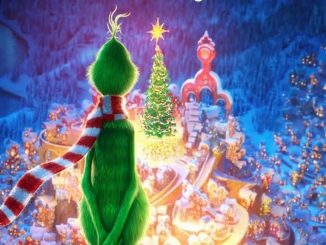