Unfortunately this is one of the biggest disappointments of the year for me. I really had high expectations for The Girl on the Train. Having read the novel a couple years ago and also being underwhelmed by it I was really hoping that this was going to be an improvement to a decent, but problematic story. All of the issues I had with the book are perfectly translated to the big screen, they still don’t work and have become worse.

I was entertained by the story when I read it, but not here. Everything that was decent about the book has been turned into this really dull, predictable and non suspenseful movie. I kept telling myself to just keep watching because that last act is going to be a ride. I was expecting to be on the edge of my seat… What happened! Everything that made the book interesting in the last act was sucked out into the most limp, dull and laughable climax (no joke, people were laughing in the theatre). There was so much potential to save this in the last act and it was just wasted.

The one good thing is Emily Blunt’s performance is fantastic and Oscar worthy. It’s a shame that she’s surrounded by wasted opportunities and a weak script because it’s probably going to kill her chances of a nomination. She nails this performance, but she can’t save this movie on that alone. The rest of the cast… what a miss. I would have recast everyone else. Alison Janney? Sure she’s always great in everything she does, but she’s useless here! She doesn’t carry the movie forward or add anything to it. Justin Theroux… I barely felt like there was even a performance from him. He’s so shadowed by everything you barely notice him. Like the book, there are so many useless characters. The guy with the red hair… why? Cut it! Sure some of these characters worked in the book, but translating to screen we don’t need them.

There are so many things that bother me about this movie. The whole look of the film didn’t work. I wanted the camera to back up, there’s too many closeups and if I’m noticing and it’s annoying me then something isn’t working. I really think Tate Tayler was the wrong choice for Director and is a big reason this movie fails.

The Girl on the Train is a missed opportunity to improve a mediocre novel that was a lot more thrilling than this boring adaptation. 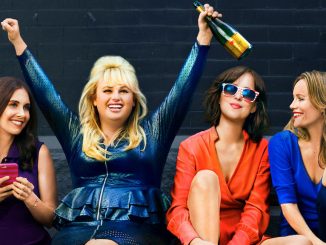 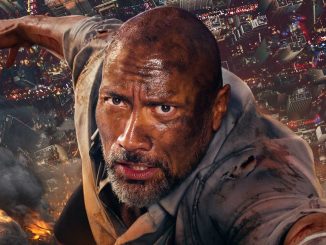