Ummm….. wow. Can’t believe I had never seen this up until now! This movie is insane and literally one of my worst nightmares. James Caan plays romance novelist Paul Sheldon who has holed himself up in a Colorado hotel to write his “real” novel but then flips his car into the ditch driving on a snowy mountain road. Annie Wilkes (Kathy Bates) comes to his rescue, as she is his self proclaimed number one fan, and nurses him back to health. But wait…. there’s more! Turns out she’s a total psycho and tries to pull a Elmyra Duff from Tiny Toons (look her up).

This is well directed, there’s a lot of great tension and the makeup effects still hold up fairly well. I’m sure everyone is familiar with the infamous foot scene! I LOVED the sheriff character and his wife… they were my favourite part of the movie and where you could really feel the Steven King vibes coming through, with a little Twin Peaks thrown in there too.

My only complaint is that the film feels a bit dated but that is something that can’t be helped. Also, was James Caan really all that and a bag of potato chips? And Kathy Bates got an Oscar for this?? I also realized that I really hate people who don’t swear and say things like “cockadoody” and “goodness gracious” when really they should just be using the word “shit” like the rest of us heathens. I had a lot of fun and this is a great weeknight movie to throw on when it’s raining outside.

Misery is a classic, I love this movie!

I remember seeing this when it first came out back in 1990. It was and still is the movie that everyone will remember that one scene where she breaks his ankles with the sledgehammer. One of the most memorable scenes!

This is one of my favourite Stephen King adaptations (There are not a lot of great ones, but Rob Reiner directed two of the best. This and Stand By Me). I think everything about this film is worked. I can’t imagine it starring anyone else at all. Kathy Bates is perfect here in her Oscar winning role. 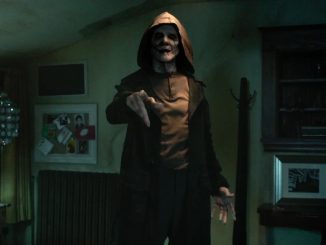