Just when you thought lost footage movies were dead they come back with this reboot to the film that started it all. Exciting right? Nah its really not. It’s the same old schtick, shaky cameras and over the top sound effects all meant to scare the hell out of you. I enjoyed the original Blair Witch Project it was a brilliant marketing campaign and the movie was something we had never seen before. The experience of the original will never be able to be captured again. It was so well done that for a second we questioned if it was real. That is all lost now. The gimmick is dead and sure they may play tricks on us and make us jump, but we’re so desensitized by it that at the end of this… it was pretty forgettable.

I’m being really nit picky, but there were too many annoying little things that bothered me throughout. They try so hard to make it feel like it’s found footage and shot by amateurs that it goes too far. The sound effects were annoying and too much. Am I supposed to believe that someone found this footage and cut it together, but didn’t bother to remove the bad sound cuts and clean it up? I know it’s all done for show and it’s meant to give that amateur feeling, but it took me out of the movie. It worked in the original, but here it’s too gimmicky.

I give Blair Witch points for the last 10 – 15 minutes. It was intense and had me on the edge of my seat and it really felt like walking into a haunted house. It worked. It was everything before that that was so trite and obnoxious. It’s a lot of shaky camera running through trees and it gave me a headache, it was too much.

There are some fun scare moments here, but for the most part it’s trying way to hard to be the original which it will never be. However it’s 100 times better than the second film in the series, Blair Witch: Book of Shadows. That monstrosity should not even be in the same company as either this film or the original.

This is the film they should have made back then when we had fun at these found footage movies. Now I’m just bored with it all.

Wow, people REALLY don’t like this movie. I have to say, I’m a bit puzzled. It’s no worse than any of those haunted tweeny movies that Blumhouse pumps out once a fortnight. Unfortunately, it’s not much better. I went into the film a bit biased for two reasons. I love the filmmakers, writer & director team Adam Wingard and Simon Barrett, who have given us great films like You’re Next and The Guest. I also REALLY love the original film. The Blair Witch Project is one of the few movies that actually still scares me.

Blair Witch is once again found footage style, which normally I don’t have a problem with, but it took me about 10 to 15 minutes to understand what the hell was going on. The camera work was INSANE, with focus only becoming sharp about one millisecond before it cut to the next shot. It made me feel really, really old. Things were moving too fast! That and lack of character development (surprise, surprise) are my biggest gripes.

The main character is searching for his sister (Heather, from the first film) after new footage is discovered in the woods and put online, leading him to believe she’s still alive. This could’ve been a real emotionally impactful story but none of the characters were given enough time to really develop for it to work. There were interesting elements revealed about the woods and the witch that worked for me but I wish there were more.

Overall I enjoyed the movie, I was unsettled through many parts, but not actually scared. I was startled quite a bit because there were SO MANY loud jump scares. If you’re a die-hard fan of The Blair Witch Project it wouldn’t hurt to check out Blair Witch, but if you’re looking for a good witch movie, I would recommend the excellent period piece The Witch instead. 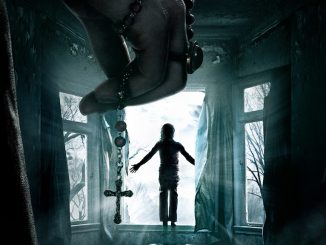 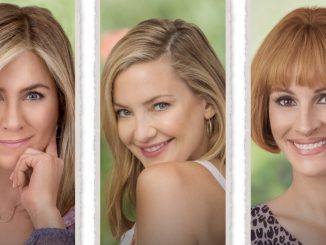