It’s not going to be a shock to say that Meryl Streep is fantastic in Florence Foster Jenkins. It’s also not surprising to say I’m sure she will be nominated for her 20th Oscar for this. She deserves it, she’s brilliant as always. However as amazing as she is for me it was Simon Helberg (The Big Bang Theory) who is phenomenal here! His performance is the stand out, he’s fantastic! The supporting cast is really great also, Nina Arianda is hilarious! I can’t forget Hugh Grant also. It’s nice to see him back on the screen (looking much older), but terrific as always.

Florence Foster Jenkins may not look like a laugh out loud riot, but there are some great funny scenes. The moment that Streep opens her mouth to reveal her unique singing talent is one of the best moments… thanks again to Helberg’s reaction. Most audiences know walking into this movie that this is the Meryl Streep bad singing movie, but it’s still a surprise when we first hear her piecing pipes. Most of the humour is all about her delusional voice so at times it does come across a little sad and disturbing that we’re laughing at this poor old woman who has no idea how bad she really sings. It’s a tough balance finding yourself laughing at her delusion and feeling really bad for her that the people she’s surrounded herself with have no desire to tell her this. It’s fascinating.

The only issue I had was the last half drags on a little too long. Just when you think it’s about to end, it goes on. It’s not enough to harm the film in anyway, but I felt like I was done watching this poor delusional woman by the 90 minute mark.

Florence is worth seeing even if it’s just for the terrific performances. You might not be blown away with the movie, but it will make you smile… uncomfortably. 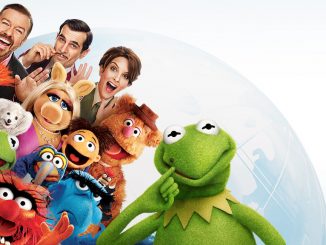