I don’t know why I watched this. I guess sometimes I’m looking to watch something stupid and not have to think… this definitely is a no brainer movie to watch, however I would skip this humourless dud and just look blankly at a wall for more entertainment.

I’ve never really been a big fan of Will Ferrell’s movies. There are a few that I think have stuck out over the years (Elf being the only one I can think of at the moment) He does have some great hilarious moments, but I feel like he’s just wasted in so many bad comedies. He deserves much better material than this stinker. Mark Wahlberg is another actor who I can take or leave. He’s had some fantastic roles and some epic messes so with the two of them teaming up (again) for this I wasn’t expecting a masterpiece or anything, but I was expecting a couple laughs at least.

Daddy’s Home reminded me of a lot of what 80’s family comedies used to be like. There are so many of those movies that are fun classics, that didn’t rely on dumbed down scripts and unbelievably ridiculous situations (Will Ferrell losing control of the motorcycle and busting through the house and out the second floor window… he’d be dead! DEAD!). Sure it’s just a movie and slapstick comedy, but for that to work your script needs to at least be funny. There’s nothing funny here, it’s just sad and uncomfortable at times. If this is your kinda comedy then cool enjoy… I need something with more substance and not so dumb. I’m not really expecting that any time soon from this duo. Unfortunately we’ll probably just get a sequel where the ‘whole’ family goes on some summer vacation or something. This shit just writes itself doesn’t it? And if you think my review is mean spirited, just watch the movie and see how uncomfortable mean that is! One of the worst of the year! 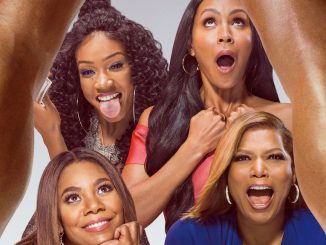