Wow! I did it guys, I survived! I saw the new Ghostbusters and it did not ruin my childhood!!

I was looking forward to this reboot of the 80’s classic and remember being really excited about it when they announced the cast. I thought this is great! We’re getting another Ghostbusters movie!!! I thought this was awesome that it was getting a reboot and with this all new cast opening it up for more fun original ideas. I loved this idea and the 4 female leads they got… perfect! And that’s when it started… I had no idea that people were going to lose their shit over this idea. I’ve never read such ridiculous hate filled comments spewed all over the internet about this movie. I don’t understand how there could be such disdain over a movie that no one has actually seen yet. It blows my mind that people would be so protective and crazy over a movie. I loved Ghostbusters as a kid, don’t get me wrong, but I don’t think I ever held it up to these kind of standards. I think it’s great that people are very protective of the original, but for these ridiculous hate filled reasons makes no sense at all. Even the original stars and filmmakers are on board with this reboot. I just don’t get it, at the end of the day screw them… you’re missing out a great film.

I haven’t had this much fun at the movies in months! They have created a whole new Ghostbusters, but respected and paid homage to the original films in such a fun and entertaining way. There’s so many awesome throwbacks to the original. They didn’t over do it, they respected it and it shows. You know that everyone involved wanted nothing but the best for this franchise and it’s fans.

I think all four leads were great and perfectly cast. One never over shadowed the other. However it was Kate McKinnon who stole the show with the best and funniest lines and I think audience are going to love her character the most. There’s great cameos scattered throughout that everyone is going to have a blast seeing. You could feel the audience excitement every time a cameo showed up. There’s so many great inside jokes and throwbacks that I don’t think I stopped smiling once throughout.

The haters can say what you want about this movie. They can sit back and slam it and call it blasphemy for making this. They can pout and whine that their childhood is ruined. They can hide behind their computers and spew off hateful, misogynistic comments on every post about this movie. But at the end of the day they are the ones that are missing out on a great film, and the ones who have put a tarnish on a classic franchise.

I say bravo to this film and it’s just as entertaining, fun and hilarious as the 1984 original. I plan on seeing this again in theatres very soon… Ghostbusters will be one of my favourite comedies of the year! It’s an absolute blast!

Readers, did you know this is a remake of a popular 80’s film of the same name? You know, the classic piece of cinema history where Dan Aykroyd gets a blow job from a ghost. I didn’t realize that Ghostbusters was considered a sacred cow until this remake was announced. Was there the same outrage when the Sidney Poitier “Guess Who’s Coming to Dinner” was remade with Ashton Kutcher? I find it funny that people’s “childhood’s are ruined” when a movie gets remade. If Ghostbusters was the best part of your childhood (even though people who say this were typically born way, way after the movie was relevant) then you had a pretty awful childhood. I also didn’t realize that when a movie is remade, the filmmakers seek out and destroy every remaining copy of the original. Someone should really put a stop to that.

This movie was great. I was hoping that it would be at least good and I was so relieved when it had me laughing at the first few lines. I was particularly blown away by Kate McKinnon’s character and how weird and hilarious she was. The CGI effects were really good too. The story is nothing new, obviously, but thankfully it’s not a complete re-hash of the original and isn’t a continuation from the previous films. Side note, I actually heard a girl next to me in the theatre whining about how bad the movie was and how it would be soooo much better if Sigourney Weaver’s baby from the 2nd film had been one of the lead characters in this one. That is literally one of the dumbest ideas I have ever heard. Isn’t that literally one of the dumbest ideas you have ever heard? You see folks, writing ain’t easy.

Overall I had a blast seeing this and I would highly recommend it. I would recommend it for the “mayor in Jaws” joke alone. Truth be told, I actually got a bit dusty whilst watching this. It made me think of how cool it would’ve been for me to have a movie like this, with chicks kicking ass and being funny, when I was a little girl. Better late than never. 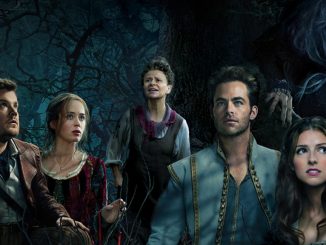