So this is the 80’s version of Dazed & Confused, which I have to admit it has been years since I’ve seen that film and I’m probably due for another viewing because the only thing I remember about it is Matthew McConaughey and his famous ‘alright alright alright’ line. Everybody Wants Some isn’t going to be quite as memorable as that film. I don’t really see this movie resonating with audiences the same way unfortunately.

I think Richard Linklater does an absolutely brilliant job giving us these snapshots of time that he does so well. He’s definitely amazing at giving us such believable and relatable characters. However, I need something more than just a bunch of realistic guys partying it up. Something needs to happen. I have the same issue with this movie that I had with Boyhood (which don’t get me wrong, was great), but I spent most of the movie waiting and expecting something to happen and it never does. I get why there isn’t a big focus on story here as it’s more of a reflection of the people and the era, but I think something more to make me care about these guys would have helped get me through.

Basically, Everybody Wants Some is 2 hours of male bonding. There’s nothing wrong with that, but some conflict could have help me from feeling less bored. There are certainly some funny moments sprinkled throughout and the cast looks so perfect with their hilarious moustaches and skin tight t-shirts.

This is absolutely a Linklater movie and if that’s your thing, you’ll love it. Everyone else may not want all of this. 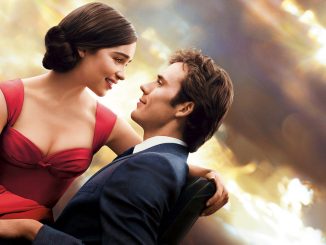