I’ll be the first to say I’m not a huge Star Wars fan. I’ve seen them all and I’ve never been able to understand the amazement and excitement for them. So going into this I wasn’t expecting too much and instead was pleasantly surprised. This is probably the best Star Wars movie since the original 1977 film. I’d like to ignore and forget the god awful prequels so it wasn’t difficult to be better than those.

The action was great! The new characters are interesting and I’m actually excited to see where they go with the future films. And of course it was great seeing the returning classic characters back on the big screen in their original  roles.

With all the great action scenes there were some ho-hum moments in the middle that dragged a bit (nothing like Attack of the Clones draggy, but the odd slow moment) maybe for me not being such a Star Wars aficionado I lost some interest at times.

Star Wars is such an institution that I find it hard to review, everyone has their hardcore opinions about it and a lot depends whether your a die hard or not so I find it difficult to write about it because I’m not so obsessed with it.

Star Wars: The Force Awakens was great movie fun. Certainly a surprise for me that I enjoyed it this much. 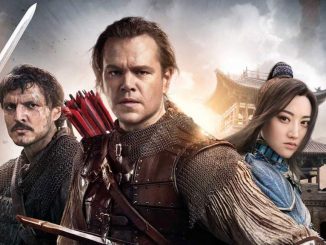