Miss You Already has all the cliché moments you would expect from a cancer movie (I’m not giving anything away, it’s in the trailer). We’ve seen a lot of this before, but the difference here is that the focus is on the friendship of these two women and surprisingly Barrymore and Collette have a great chemistry together.

Where the movie feels like it misses it’s mark is in the story. There are many moments that almost don’t feel heavy enough or they just feel glossed over. I don’t feel like we’re given enough time in the beginning to really feel what Collette’s character is going through. There was a lack of emotion in the beginning that felt needed. It certainly made up for it in the end, but that’s where we’ve seen this all before. The story feels a bit one note and it took a long time for me to really feel anything for the characters. The acting is great, Collette as always is terrific especially in her subtle moments. Barrymore is good, but as usually she’s very much herself. I think she succeeds because of the chemistry between the two, other then that it’s the usual from her.

I enjoyed Miss You Already, but I feel like it could have pushed itself and gone outside the box a little more and away from the usual moments we’ve come to expect from films like this. As much as I enjoyed it I wanted it to be more. 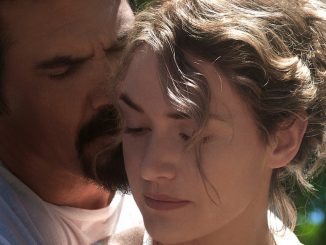