The Mission Impossible series has certainly had it’s up and downs. These last two in the series have been surprisingly good. However, I’ll still give Ghost Protocol the slight edge over this one, but not too much, they are neck and neck.

Like Ghost Protocol, there are definitely some fantastic visuals and memorable action scenes. This series has made it it’s mission to one up itself every time. It’s constantly moving and it’s in your face action. The motorcycle scene was insane and kinda made me nauseous a bit, but I loved it for that. The one thing that maybe this series doesn’t do well is for all the amazing action and fight scenes I’m never quite on the edge of my seat ever. That could have to do with the predictable storylines. This time I found the story entertaining with some great twists, but I knew exactly where it was going. We’ve come to know how the Mission Impossible movies work so as amazing as the visuals are, maybe pushing the story a little further and out of the cliche story might make this even better.

Tom Cruise is the master at wanting to entertain his fans and he’s good at it, no matter how you feel about him he knows what he’s doing. The rest of the cast works great too and giving Simon Pegg a bigger role also makes this movie work really well. He’s the comic relief that the movie needs and he excels at it. The only questionable casting choice is Alec Baldwin, I don’t really think he works here. Don’t get me wrong when he is in the right role he’s great, but here I just feel like he’s Alec Baldwin and he does what Alec Baldwin does. He didn’t bring anything fresh or new to the series that someone else probably could have. I just felt bored by him. The best casting choice was Rebecca Ferguson who was actually quite entertaining and stole a lot of the movie right from under Cruise.

Mission Impossible: Rogue Nation is exactly what your going to expect, it’s good, harmless, entertaining fun. Even though it’s starting to really feel “James Bondy” they’ve really taken this franchise and turned it into something worth watching again. 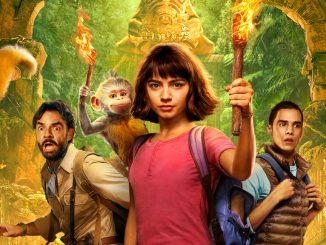 DORA & THE LOST CITY OF GOLD 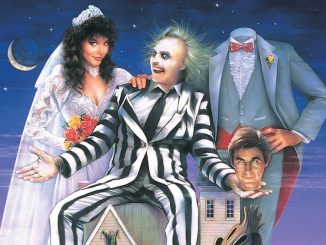