Me and Earl and The Dying Girl is a terrific film that everyone should go see! Forget the summer filled action pack movies, take a break and go see something well written, well made, well acted and one of the best films of the year!

Director Alfonso Gomez-Rejon has made such a beautifully shot and perfectly put together movie that’s the right balance of funny and touching. I would put this movie right up there and even higher with The Perks of Being a Wallflower. They have a similar brilliant style that makes the teenage coming of age story intelligent and poignant unlike last year’s absolutely dreadful The Fault in Our Stars.

All of the performances here are fantastic! Olivia Cooke is brilliant! She delivers an incredible subtle performance throughout. There is a terrific scene halfway through that stays on a shot of Cooke and Thomas Mann for nearly 5 minutes as they have an argument and the quiet performances from both were fantastic! The leads as well as the supporting cast were phenomenal and sadly I’m sure will be forgotten during the award season and unfortunately the film itself will probably also. However the film did win the Sundance Grand Jury prize as well as the Audience Award which was completely deserved.

Support this little film that deserves so much more attention then it has received this summer. It got lost in the shuffle of summer blockbusters and it’s unfortunate. Me and Earl and The Dying Girl is guaranteed to be in my top 10 of the year. I loved this film! 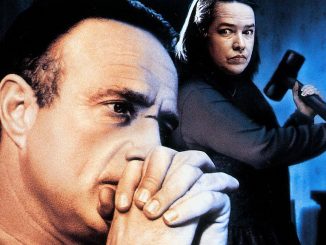