Was this really necessary? After seeing and enjoying the first one I never really thought to myself that I needed to see another one. Here we are though and yes I was correct, I did not need to see this. The jokes are recycled and the characters are more obnoxious than ever! What used to be funny characters are now irritating, especially the addition of Chris Pine’s character which leads us to the even worse script. This desperate attempt to cash in on the success of the original shows all over the script. It’s so forced, why do they keep doing this! It’s like The Hangover sequels, we didn’t need any of those either, and if you’re going to do it then at least write something good! I do give props to Jennifer Aniston who yet again stole the movie with her sick and twisted character. Yes it was nothing new, but she was the only part of the movie that actually shed any laughs. Rather than make this sad sequel, maybe a spinoff of her character would have been much more entertaining, fun and probably a little messed up little original movie.

Just watch the first one again if you really feel like you need to see this. It’s the same movie, but better. 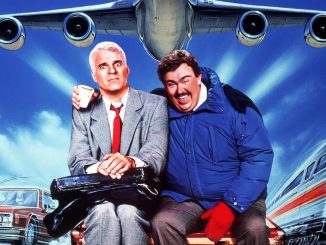 THE FAULT IN OUR STARS